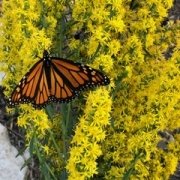 Jess Chancey (she/them) originally hails from Atlanta, GA, where they earned their Masters of Divinity at Columbia Theological Seminary. Jess developed a passion for advocacy through their own experiences of struggling for acceptance and inclusion as a queer minister with a disability. They completed their chaplain residency at the Hospital of the University of Pennsylvania in Philadelphia, and they currently serve as the trauma chaplain at Regions Hospital in Saint Paul. They also keep busy serving on the Board of Directors for UCC Disability Ministries and pursuing their Doctor of Ministry at United Theological Seminary. When Jess isn’t working, you’ll likely find them watching some sci fi show, reading Christopher Moore, flying on the trapeze, or doing an Out of the Darkness walk with the American Foundation for Suicide Prevention, accompanied by their trusty pup Macy.

Michael Doane. Michael serves as System Director of Spiritual Health, the Clinical Pastoral Education (CPE) Center, and Clinical Ethics for M Health Fairview. He was drawn to Mayflower for its activism, emotional maturity, and appreciation for contemplation. Michael has served as a Mayflower Counselor and Council Moderator.

Terry Roos is an ordained Presbyterian clergywoman who served four churches in the Minneapolis area before retiring in 2012. She is married to Bob Roos, who became a Mayflower member in 2019. They love Mayflower!

Howard Bell is a member of Mayflower currently serving as Mayflower’s Visitation Minister. He previously served on two occasions as Mayflower’s Interim Associate Minister. In the 1980s, while coming out as a gay man, he was deeply engaged in serving the needs of persons affected by HIV/AIDS. He and his husband, Christopher Cook, were married at Mayflower in 2013 and recently celebrated 30 years of being in a committed relationship. Howard has four adult children and eight grandchildren.

Dr. Gary and Diane Titusdahl Rev. Gary earned his M.Div and D.Min degrees at United Theological Seminary of the Twin Cities. He pastored United Methodist, Presbyterian, and UCC churches in Minnesota and Wisconsin, retiring in 2019. He serves on Mayflowers’ MARS and Foundation boards. Rev. Gary enjoys tennis, canoeing, fishing, reading, writing, and playing with his grandchildren.

Gilbert (Budd) Friend-Jones currently serves as a minister with the Unitarian Universalist Church of Sarasota, FL. As senior minister here at Mayflower (1986-1996), he preached and represented the Twin Cities in churches, schools, and agencies in Siberia in 1990 and worked with then-Mayor Sharon Sayles Belton on issues of racism. Later he led Jews, Muslims, and Christians on interfaith pilgrimages in Spain, Morocco, Gibraltar, and Turkey. Budd and Sarah Campbell jointly led two UCC pilgrimages through Turkey. A native of West Virginia, he earned a doctorate at Howard University School of Divinity in Washington, D.C., an M. Div. at Princeton Theological Seminary, and a bachelor’s degree in Political Science at Frostburg State University. He has published two books and numerous articles.

Diane Gardner is a certified spiritual director and a Commissioned Minister for Spiritual Direction in the United Church of Christ.  She holds a master’s degree in theology and spirituality from St. Catherine University and has studied at United Theological Seminary of the Twin Cities.  She and her husband have been members of Mayflower for over 30 years.  They have 2 adult children.

Dwight Wagenius is a member of Mayflower and has served as Community Minister at the church since June 2015. Dwight received his Master of Divinity degree from United Theological Seminary of the Twin Cities in 2009, and was ordained at Mayflower in April 2015. He serves on the UCC Council for Climate Justice as a representative of the Minnesota Conference UCC and serves on the Creation Justice Team of the Conference. Dwight recently completed seven years as Chair of the Board of Minnesota Interfaith Power & Light. Dwight was a Minnesota Assistant Attorney General from 1975 to 2005 working primarily on environmental, energy, and consumer protection matters. Between graduating from Carleton College and entering law school, Dwight served as a Peace Corps Volunteer in Morocco, a Naval Officer, and a junior high social studies teacher in D.C. He and his wife Jean have two sons and two daughters-in-law, all actively engaged in environmental issues, and four grandchildren.

Todd Smith Lippert is newly covenanted as Mayflower Community Minister, joining Dwight Wagenius in the role. Rev. Lippert is a Minnesota State Representative. Before this he served as Senior Minister at the UCC Church in Northfield. He and his family live in Northfield.